Macbeth is a general in the Scottish army, famed for his exploits on the battlefield and beloved of King Duncan.

Following a bloody battle, he and his comrade Banquo are met by three Weird Sisters who prophesy their future, telling Macbeth he will one day be king. Unable to shake the thought from his mind, Macbeth tells his wife, Lady Macbeth, and the two execute a plan to murder King Duncan at their castle, assuming the crown and taking fate into their own hands.

But the Macbeths cannot enjoy their newly gained power, and their once strong union crumbles. Lady Macbeth is plagued with guilt and Macbeth is consumed by an unquenchable thirst for power, setting in motion a bloody chain of events. King Duncan’s son Malcolm, the rightful heir to the throne, raises an army against Macbeth. With the help of the noble general Macduff, Macbeth is finally defeated and order is restored to Scotland.

Macbeth is one of Shakespeare’s best-known tragedies and one of his shortest plays, at just over half the length of Hamlet. It is the play that most reflects the interests of the monarch at the time in which it was written: King James I was famously obsessed with witchcraft.

Stars, hide your fires;
Let not light see my black and deep desires.

Three witches meet on a heath and plan an encounter with Macbeth, a Scottish general who has the title of Thane of Glamis. Meanwhile, a wounded captain reports to King Duncan that the Scottish forces have been victorious in battle against Norway. He reports that Macbeth has fought valiantly and the Thane of Cawdor, one of the King’s men, has been named a traitor. King Duncan orders the Thane of Cawdor to be put to death, and his title be bestowed to Macbeth.

Returning from war, Macbeth and his comrade and friend Banquo, are confronted by the witches who give Macbeth a prophecy that Macbeth will be promoted to Thane of Cawdor, and will one day be crowned king. They also give Banquo a prophecy that he will be father to a line of kings. The witches disappear and the lords Ross and Angus arrive to inform Macbeth that he has been granted the title Thane of Cawdor, just as the witches predicted. Macbeth then privately contemplates the idea of becoming king.

Macbeth writes a letter to his wife, Lady Macbeth, to tell her that they are coming to the castle, informing her of what has happened, and the witches’ prophecies. On reading the letter, Lady Macbeth feels compelled that her husband should attain what the prophecy has foretold. However she does not think her husband has what it will take to seize the crown. She summons dark spirits to aid her in making the prophecy come true, by their own actions, sooner rather than later.

When Macbeth arrives at the castle, Lady Macbeth tells him that they should seize this opportunity and murder King Duncan while he is staying under their roof. Macbeth does not agree to the suggested plan at first, nor rule it out. Soon after King Duncan arrives at the castle, Macbeth racked with indecision and guilt, informs his wife that he will not go through with the murder. She challenges his loyalty, love and manhood, eventually convinces him to proceed. They plan to frame the guards outside Duncan’s chamber for the murder.

Is this a dagger which I see before me,
The handle toward my hand?

After midnight on the night of the planned murder, after conversing with Banquo, Macbeth hallucinates seeing a bloody dagger appear before him, leading him to Duncan’s chamber. Macbeth overcomes his reluctance and doubts and kills King Duncan, while Lady Macbeth waits downstairs for him to carry out the plan. Macbeth returns to her, holding the bloodied daggers. Lady Macbeth orders him to take them back and plant them on Duncan’s guards to frame them, but Macbeth refuses to go back. Already, he is hearing voices and regretting his actions. Lady Macbeth takes the daggers and plants them on Duncan’s sleeping guards, bloodying her own hands in the process. She tells Macbeth that they need to wash the blood off their hands immediately, so they do not get found out.

The couple retire to bed, but before they do they hear knocking at the castle gates. Lennox and Macduff, another Scottish general, have arrived at the castle and have a brief exchange with the porter (doorman) who has been drinking heavily. Macbeth enters and Macduff asks if King Duncan has woken up for the day. Macduff goes to Duncan’s chamber and discovers Duncan is dead. Macduff wakes everyone to alert them of the murder, and Macbeth and Lady Macbeth feign surprise and shock. The King’s sons, Malcolm and Donalbain, fear they will be blamed for their father’s death and flee abroad. Soon after, Ross and Macduff reflect on what has happened and Macduff reports that Macbeth has been named the new King of Scotland.

To be thus is nothing, but to be safely thus.

Banquo reflects privately on the recent events, noting that Macbeth now has what the witches’ prophecy foretold. He wonders whether Macbeth had a hand to play in gaining the crown. Macbeth and Lady Macbeth plan to host a banquet that evening, and ask Banquo to be a guest. Banquo tells Macbeth that he will go riding with his son before the dinner, but will attend. Alone, Macbeth shares that although he has the crown, he is plagued by the thoughts of losing it. He recalls the witches’ prophecy about Banquo’s children becoming kings. He arranges two murderers to kill Banquo and Banquo’s son, Fleance, while they are out riding.

Lady Macbeth asks her husband why he has been keeping to himself, and implores him to be a welcome host at their banquet that night. Macbeth mentions his continuing thoughts about Banquo, but does not tell his wife of the planned murder that night. While Banquo and Fleance ride, they are set upon by the murderers. Banquo is killed but Fleance escapes, angering Macbeth.

At the banquet, Lady Macbeth plays hostess while Macbeth is acting strangely. After she insists he keep up appearances, Macbeth sees the ghost of Banquo at the banquet table. He has an outburst, yelling at the apparition, yet no one else can see the ghost. Lady Macbeth eventually orders the guests to leave, and insists her husband sleep in order to settle his mind and nerves. Macbeth tells her that he will revisit the witches, to gain more information from them about his fate.

What, all my pretty chickens and their dam
At one fell swoop?

Macbeth visits the witches and demands they give him more prophecies. They tell him that he should fear Macduff, that no man of woman born can harm him, and that he will never be defeated until Birnam Wood comes to his castle at Dunsinane. Macbeth considers the prophecies inconceivable and believes he is safe from harm. The witches then show him a line of eight kings descended from Banquo’s family, which unnerves him considerably.

Lennox tells Macbeth that Macduff has fled to England, and in response, Macbeth plots an attack on Macduff’s family and castle. Whilst lamenting that her husband has deserted her, Lady Macduff and her children are attacked and killed by Macbeth’s hired murderers. In England, Macduff and Malcolm meet and agree to fight together against Macbeth, forming a rebel army. Ross arrives and delivers the devastating news that Macduff’s entire family has been killed. Macduff is enraged and devastated, and uses his immense grief to motivate him to enact revenge on Macbeth. Malcolm and Macduff decide to return to Scotland with their army.

Back at Macbeth’s castle, Lady Macbeth has been observed sleepwalking and behaving in a strange manner. Her gentlewoman brings a doctor to observe Lady Macbeth’s distracted sleepwalking. While she is asleep, she speaks of blood on her hands, Banquo and Macduff, revealing information about the various murders.

The Scottish nobles gather. Malcolm orders his men to camouflage themselves with tree branches to disguise their numbers for the attack, giving the appearance of Birnam Wood marching towards Dunsinane. Macbeth is told by a servant that Lady Macbeth has died, yet he is too distracted to even register her death or have time to grieve. Despite the numbers turning against him, Macbeth continues to believe he is invincible. The rebel army storms Macbeth’s castle. Macduff confronts Macbeth and informs him that he was not naturally ‘born of a woman’ but by caesarean, fulfilling the witches’ final prophecy. Macduff kills Macbeth and presents his severed head to Malcolm, who is proclaimed King of Scotland. By the pricking of my thumbs,
Something wicked this way comes. 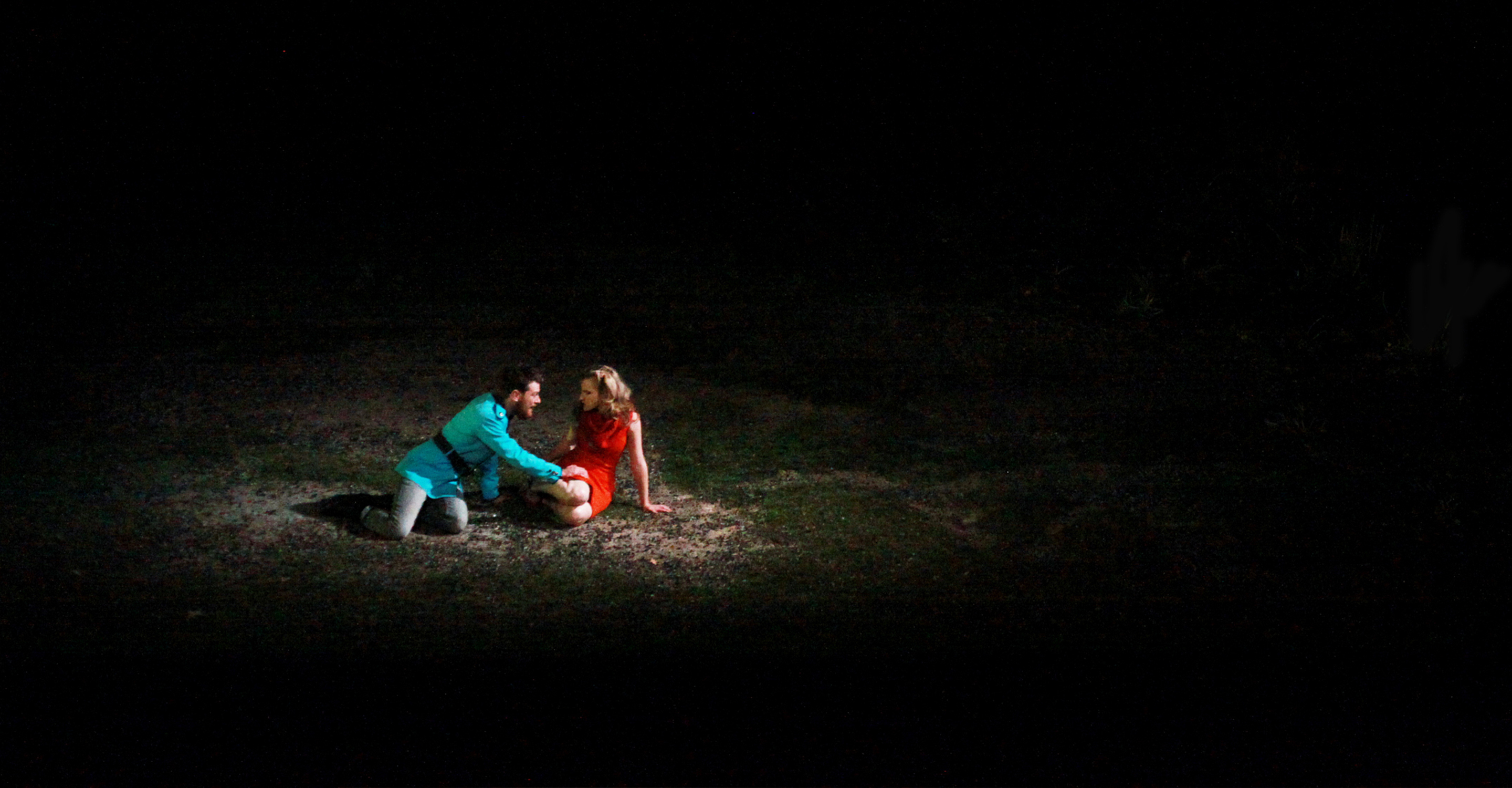 Macbeth is Shakespeare’s shortest tragedy. It was written in the early 17th century, not long after King James I was crowned after the death of Queen Elizabeth I.

Macbeth is one of Shakespeare’s shortest plays, coming in at around half the length of Hamlet.

It has arguably the most concise plotline of any of Shakespeare’s plays – the action follows one storyline without multiple subplots.

Who is to blame?

One of the most popular points of contention about the play is the question ‘Who is to blame?’ The three main arguments usually involve Macbeth, Lady Macbeth or the Weird Sisters as key instigators for the events of the play.

Is Macbeth a 'cursed' play?

For a long time Macbeth was considered an unlucky, cursed play (despite being hugely popular), and stories have long-circulated about terrible accidents, injuries, illnesses and deaths that have occurred to actors and crew members whilst working on it.

Read about the superstition