Cry havoc and let slip the dogs of war.

The great Julius Caesar has returned to Rome in triumph, but not everyone is thrilled.

Cassius and Brutus are worried that Caesar is amassing too much power and that their republican way of life is under threat. They form a conspiracy and assassinate Caesar in the Senate house, but they badly underestimate Caesar’s allies, particularly his close friend Mark Antony. A brutal war unfolds between the conspirators and the supporters of Caesar, with nothing less than the soul of Rome at stake.

Julius Caesar is a perennial favourite with audiences, owing in large part to its powerful use of language. Shakespeare wrote the play in the style of the great orators of ancient Rome, emulating their efficient and precise modes of communication.

As an exploration of power and politics, the play is arguably unparalleled. The literal backstabbing at the heart of the story serves as a compelling metaphor for the way modern politics works. Since Orson Welles’ ground-breaking modern-dress production in New York in 1937, theatre companies around the world have used Julius Caesar as a platform to explore power and tyranny in the 20th and 21st centuries.

Beware the Ides of March.

Caesar has returned to Rome in triumph, having defeated the sons of Pompey in the final battle of the Roman civil war. Roman citizens greet the news with jubilation, ecstatically pouring into the streets and flooding towards the stadium where the victory celebrations will be held. Two tribunes, Flavius and Marullus, chastise the people for forgetting their previous support of Pompey. The tribunes disband the revellers, and Flavius voices his fear that the rise of Caesar will have an impact on their freedom.

Caesar arrives at the arena with his wife, Calphurnia, his right-hand man, Mark Antony, Senators Brutus, Cassius and Casca, and other supporters. A Soothsayer appears and warns Caesar to “beware the Ides of March” (Act 1, Scene 2) which is March 15th. Caesar dismisses the Soothsayer and enters the stadium.

Brutus and Cassius stay behind, and Cassius starts telling stories about Caesar’s physical weakness, lamenting that Rome is at risk of becoming an absolute monarchy under Caesar’s rule. Cassius cajoles Brutus, telling him there is no reason Caesar should have more power than Brutus. Brutus agrees that the current “hard conditions” (Act 1, Scene 2) are unacceptable. At that moment, Caesar and his entourage exit the arena. Casca tells Brutus and Cassius that during the ceremony, Mark Antony had offered Caesar the crown three times, and that Caesar had refused to take it.

Later, Casca and Cicero meet in the street. Casca is frightened by a strange storm that has raged across Rome and takes it as a portent of terrible things to come. Cassius arrives and convinces Casca to join a conspiracy against Caesar. Another conspirator, Cinna, agrees to deliver anonymous letters to Brutus, in order to sway him to the cause.

Let’s carve him as a dish fit for the gods,
Not hew him as a carcass fit for hounds.

Brutus has decided that for the good of Rome, Caesar must die. Alone in his orchard in the early hours of March 15th, Brutus justifies his decision to himself. One of the letters that Cassius has concocted arrives, urging Brutus to “speak, strike, redress” (Act 2, Scene 1). Cassius and the other conspirators arrive at Brutus’ house, and Brutus hails the nobility of their cause. Cassius suggests that they should kill Mark Antony as well, but Brutus overrules him. The conspirators leave and Brutus’ wife, Portia, enters, having awoken from her disturbed sleep. She pleads with Brutus to share his thoughts with her, and when he refuses, she discloses that she has cut herself deliberately in her anguish. Brutus yields and vows to tell her everything soon.

Meanwhile, Caesar’s wife, Calphurnia, frightened by dreams and omens, tries to persuade Caesar not to go to the Senate House. He agrees, but changes his mind when Decius, one of the conspirators who has arrived to escort Caesar to the Capitol, reinterprets Calphurnia’s dream in a favourable light.

Cry havoc and let slip the dogs of war.

At the Capitol Cassius is nervous, thinking the plot has been exposed. Brutus reassures him, and the conspirators gather around Caesar. One of the senators pleads for his brother’s banishment to be overturned but Caesar is unmoved, likening himself to the “constant” and “true-fixed” North Star (Act 3, Scene 1). Casca is the first to attack Caesar, and then the other conspirators quickly set upon Caesar and stab him. Caesar is killed.

An emotional Mark Antony enters the building, demanding to know why Caesar was killed. Brutus assures him that it was for the good of Rome and Antony asks permission to speak at Caesar’s funeral. Cassius thinks it’s a bad idea, but Brutus insists it will not harm their cause. In a soliloquy, Antony vows to bring death and destruction to Rome.

Outside at the Forum, the people are angry. Brutus uses logical argument to justify the assassination and briefly wins them over. However, Antony responds with an emotional speech that rouses the mob against the conspirators.Brutus and Cassius flee. A group of angry citizens kill Cinna the poet, mistaking him for Cinna the conspirator.

There is a tide in the affairs of men,
Which, taken at the flood, leads on to fortune.

Antony forms a triumvirate with Octavius Caesar and Lepidus, and they plan the deaths of the conspirators and numerous senators. Brutus and Cassius amass their forces at Sardis (located in modern-day Turkey). In Brutus’ tent, Cassius and Brutus have an emotional argument, accusing each other of betrayal, corruption and damaging their friendship. They eventually reconcile and Brutus announces that his wife Portia has died by suicide, by swallowing hot coals. Cassius suggests lying in wait for the armies of Octavius and Antony, but Brutus convinces him that they should march on Philippi (in modern-day Greece) and meet them there. That night, the ghost of Caesar appears to Brutus and promises they will meet again on the battlefield.

This was the noblest Roman of them all.

At Philippi, the two sides face off in a tense conversation, then the battle begins. Thinking they are defeated, Cassius orders his servant Pindarus to kill him. Pindarus does so and Cassius dies, but it is then revealed that the news was misleading, as Brutus had gained an advantage. A further battle leads to Brutus’ defeat, and he dies by suicide, asking one of his soldiers to hold his sword, then running on it. Antony and Octavius acknowledge Brutus’ nobility, and arrange to bury him with full honours. 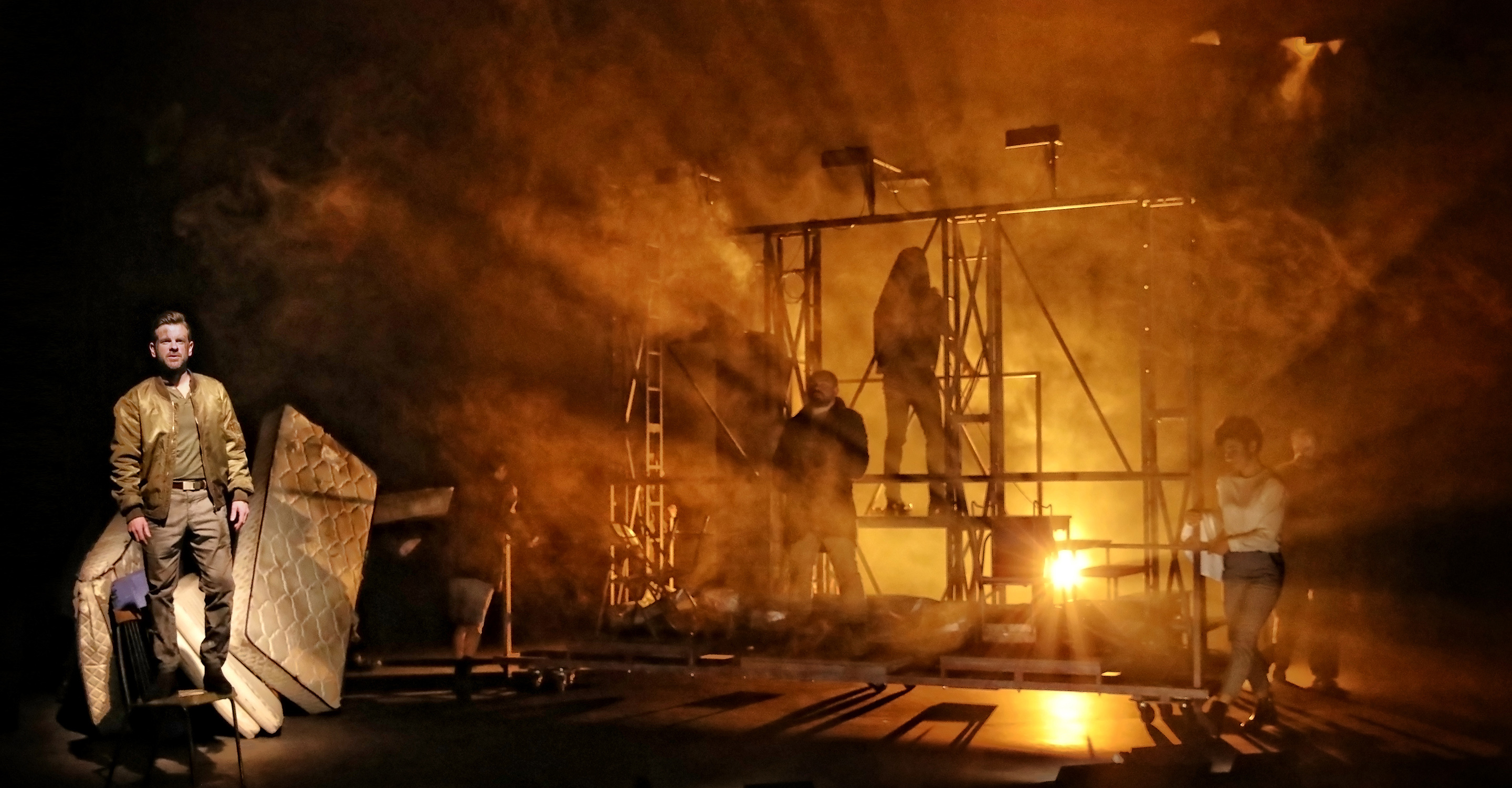 The fault, dear Brutus, is not in our stars,
But in ourselves that we are underlings. 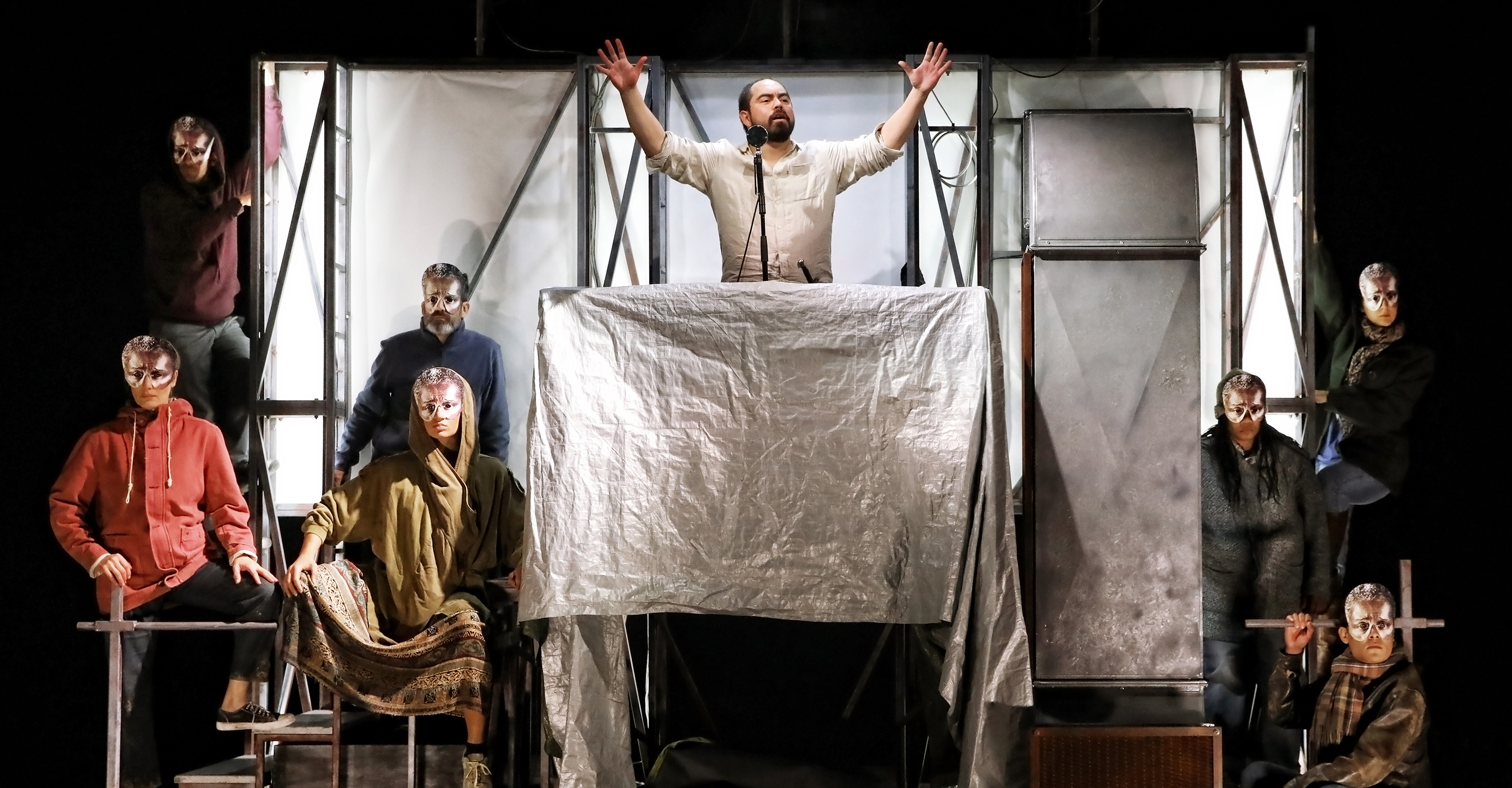 Julius Caesar is one of the plays Shakespeare wrote in an extraordinary burst of creativity in and around 1599.

In 44BCE Caesar was named Dictator for Life (dictator perpetuo) of Rome. This gave him sweeping, but not unlimited powers.

If he had been given unlimited powers he would have been the first Roman king in 465 years.

Who is the main character of the play?

Although the play is called Julius Caesar, the title character dies halfway through the play. So, who then would we consider to be the main character? Caesar, Antony, Cassius and Brutus all have strong claims to centrality.

Trump and Shakespeare: all the world’s a stage

There's nothing like an anti-Shakespeare protest to remind us that Shakespeare is a radical. Yes, William Shakespeare, the Bard of Avon, bastion of the establishment, whose portrait adorns every page of the new British passports as a watermark, authentic proof of British cultural supremacy. A radical?

Read about Shakespeare the radical