When I applied for the Regional Teacher Mentorship (RTM), I had been teaching for 25 years. I loved my work as a Drama and English Teacher, leading a wonderfully committed English Faculty at Muswellbrook High School in the Upper Hunter Valley.

I won’t lie though, teaching had become quite difficult with an increase in student disengagement and mental health issues. The students were harder to connect to and teachers were abandoning teaching classic texts like Shakespeare because they felt they were too difficult and that ‘country kids’ couldn’t relate. Still, I believed that with practical strategies to increase access to Shakespeare for all students, that they could appreciate the messages and meaning in his works, and that in that shared experience, we might re-engage and heal. So, I applied to Bell Shakespeare’s RTM, worried about rejection but needing the assistance the program could give my teaching and thus my school.

During the RTM week in Sydney, the enthusiasm of Bell Shakespeare’s teaching artists and the genuine positivity of people in the ‘real world’ who all believed so passionately in what they were doing increased my confidence to take these sharable resources, successful actionable ideas back and embed them within my programs and with all my staff.

After participating in the RTM, I used the strategies I learned to run a project with a group of Year 8 students where they researched and co-authored a modernised and abridged version of Macbeth involving a narrative rap, a musical/dance interlude to Lorde’s Royals and a choreographed sword fight. This was then performed at a Shakespeare Showcase Evening which included a range of Shakespeare-themed activities and which was very favourably supported by the school and parent community, playing to a packed house.

The success of the performance led to an invitation to take the show on the road to the local feeder primary schools and they performed it at the Upper Hunter Speech and Drama Eisteddfod, scoring First Place! When the Upper Hunter Conservatorium later held its own Shakespeare Lecture afternoon, students from the school were asked to prepare Shakespearean excerpts to present, as part of the event.

The enthusiasm for Shakespeare also spread amongst the English staff at the school and now forms an integral part of our program – not only teaching Shakespeare but really playing with the works, and we introduce active approaches to the text and historical context much earlier. This year, the Year 8 Group that I had during the RTM are still mostly together in my Year 11 Advanced English class…I deliberately chose Shakespeare’s Macbeth for their opening Reading to Write Unit – and I have never had a more positive response to, nor deeper understanding of, the classic text that they now call ‘our play.’

Thank you to the RTM, to Teachers Mutual Bank and to Bell Shakespeare. My involvement in the program has sustained and reinvigorated my passion for classic literature and the development of creative and collaborative strategies to teach it. I enjoyed the experience at the time, but the enhancement to my teaching and leading, and my students’ learning experiences since then, are where the real impact lies. Kay Sokulsky at her school 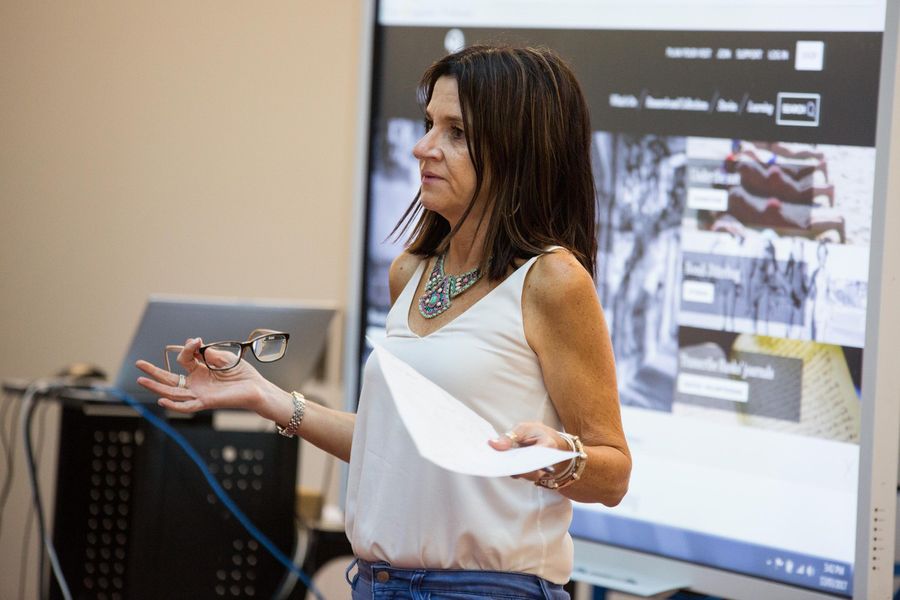 I was at Head of English at Innisfail State College when I took part in the Regional Teacher Mentorship. Our wonderful school is regarded as being fairly remote. To contextualise, about 40% of the students had access to technology and there was very limited or no access to live theatre.

The skills and tools I picked up transformed my teaching practice markedly. I have passed my love and joy for all things Shakespeare to my students, and I have undeniably had the privilege of witnessing many wonderful experiences with struggling students or students from disadvantaged, problematic and sometimes hostile environments who connected so much with Shakespeare, Literature and English. When they entered into the life, times and works of Shakespeare, they felt comfortable and excited – they had a voice and a platform to reimagine, analyse and create. Using techniques and strategies introduced during the RTM, my learners have walked with Shakespeare, celebrated with his heroes and lamented with those who have been poorly treated.

I now work at Cairns State High School as the Head of English and I have twice as many English students and staff as I did at Innisfail State College. The RTM changed my life, providing me with the opportunity to recognise my own capabilities, build my skillset and confidence to grow my teaching and pedagogical repertoire. It was such a privilege and the most incredible experience. I never would have imagined presenting at regional, state and national English conferences before doing it. Later in the year, I plan to hold an Aspirations Day forum and Navigating Our Narratives public speaking event for senior English students. Thank you sincerely to Teachers Mutual Bank and Bell Shakespeare for the opportunity of a lifetime. I feel blessed and very grateful for this.

2021 marks five years of partnership with Teacher's Mutual Bank whose generous support makes the Regional Teacher Mentorship possible. Each year, thirty teachers from regional areas across Australia visit Sydney to train with Bell Shakespeare and receive a year-long mentorship on innovative ways to teach Shakespeare. Thank you to Teachers Mutual Bank for putting teachers first and supporting the important work we do.